HKCERT is pleased to bring to you the "Hong Kong Security Watch Report" for the first quarter of 2019.

In 2019 Q1, there were 80,266 unique security events related to Hong Kong used for analysis in this report. The information is collected with IFAS1 from 13 sources of information2. They are not from the incident reports received by HKCERT. 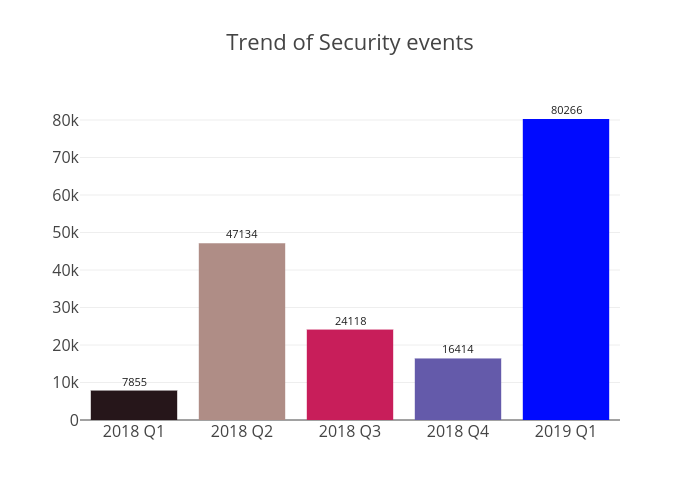 The total number of security events in 2019 Q1 sharply increased by 389%, or 63,852 events compared to the previous quarter. While the number of defacement and phishing events showed a downward trend, the number of malware hosting events made a dramatic increase by nearly eight folds over 2018 Q4, which reached the peak of recent years. (See Figure 2)

Based on the log records, there was an intermittent Ramnit campaign started from Mar 2019. The number of events reached a peak of 11,464 on 6 Mar 2019. Part of infected IPs (within same IP block) registered large numbers of similar domain names. It can be seen that those IPs were infected in same network and contributed to massive events. Another phenomenon we noticed that there are 138 IPs involved over 100 unique malware hosting URLs, totally accounted for 53,801, or 75% events. As Ramnit can generate pseudo-random link to host malware, large number of malware hosting URLs were produced. Despite the infected IPs were located in Hong Kong, the major of malware hosting websites came from China. Part of them contained illegal gambling content. The malware campaign did not mainly target Hong Kong. HKCERT has notified the affected operators to clean up their malware hosting links and to find out if there were security vulnerabilities in their servers. 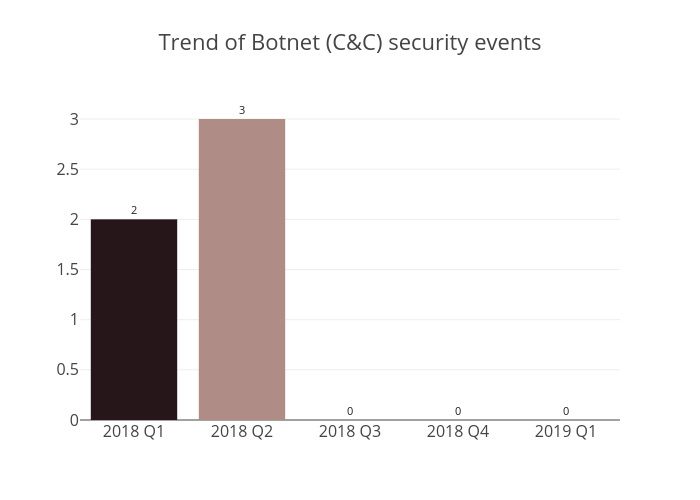 There was no Command and Control Server event in this quarter. 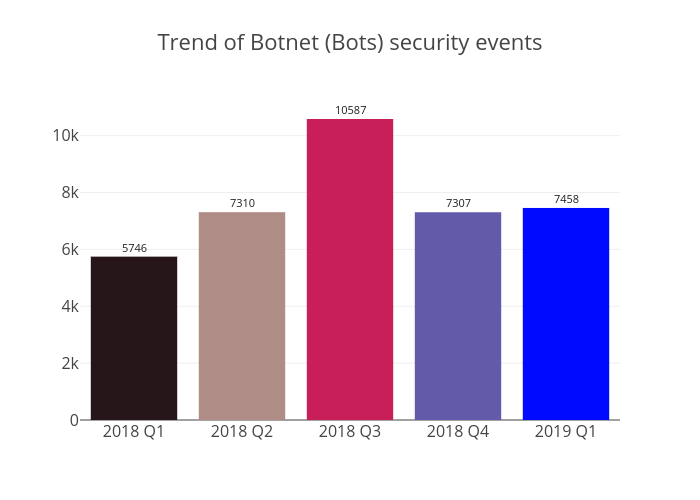 The number of Botnet (bots) in Hong Kong network only slightly increased by 2% in 2019 Q1. The top five major botnet remained constant, Mirai is still top botnet and accounted for 4,521, or 61% of total events; the second and third botnet family are WannaCry and Conficker, with the number of unique IP address 989 and 565 respectively.

Compared with the last quarter, Gamarue got a significant increase from 1 to 112 unique IP addresses. There are various infection methods of Gamarue, it can spread via USB, email, exploit kit, software installations, etc. HKCERT urges the public to raise their security awareness for protecting their servers and devices.