HKCERT is pleased to bring to you the "Hong Kong Security Watch Report" for the fourth quarter of 2018.

In 2018 Q4, there were 16,414 unique security events related to Hong Kong used for analysis in this report. The information is collected with IFAS1 from 13 sources of information2. They are not from the incident reports received by HKCERT. 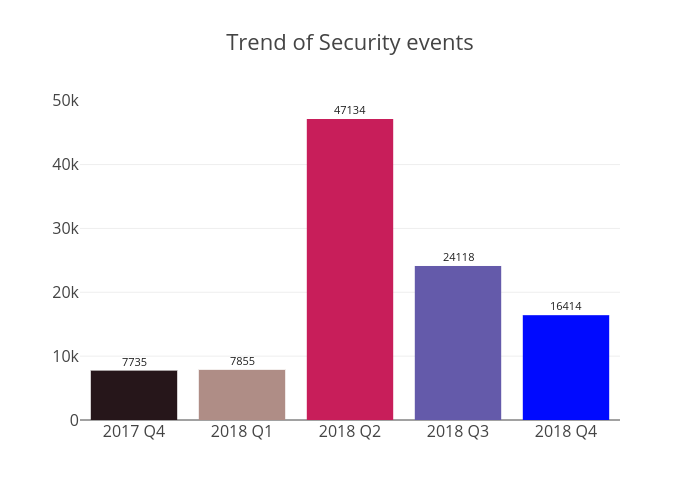 The total number of security events in 2018 Q4 is 16,414, declined by 32% or 7,704 events compared to the previous quarter. The decrease was mostly contributed by the reduction of defacement events by 89%, while the phishing and malware hosting events increased slightly by 14% and 5% respectively. The number of events fluctuated in different quarters of 2018. There was a sharp growth and reached a peak at 47,134 in 2018 Q2 then gradually dropped down in Q3 and Q4. 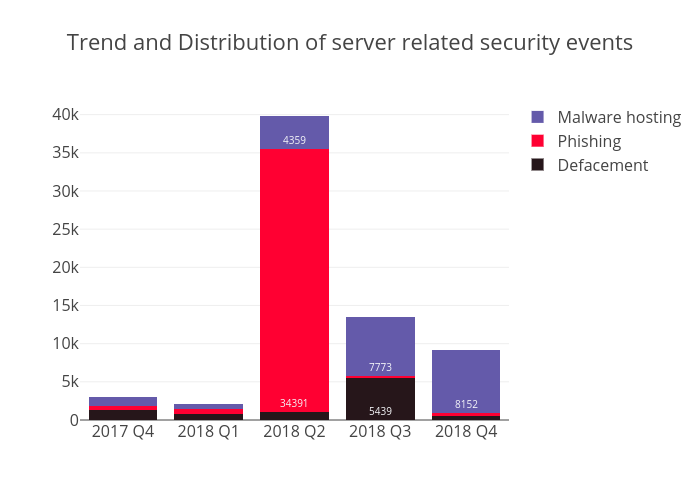 The most notable change is the number of defacement events which dropped to a record low in recent years, and only had 590 events in Q4. One of the reasons is that the top IP (103.73.66.10) in Q3, which contributed to 4,493 events, had fixed the vulnerabilities. At the same time, the URL/IP ratio of defacement decrease considerably from 8 to 2, and the number of unique defacement IPs fell by 90%, or declined to 366. 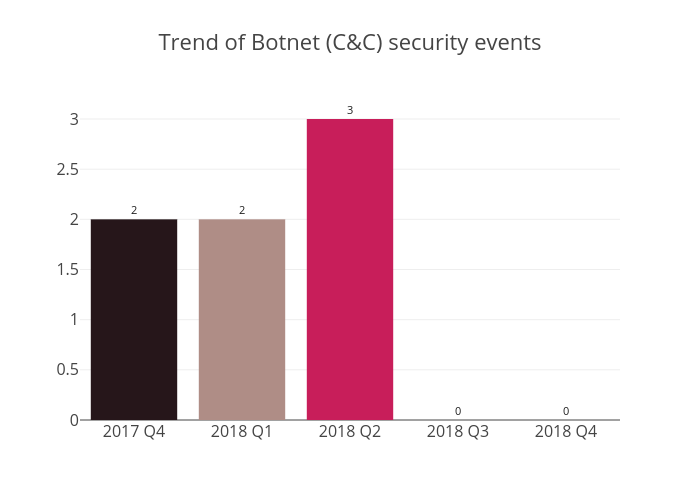 There was no Command and Control Server reported in this quarter. 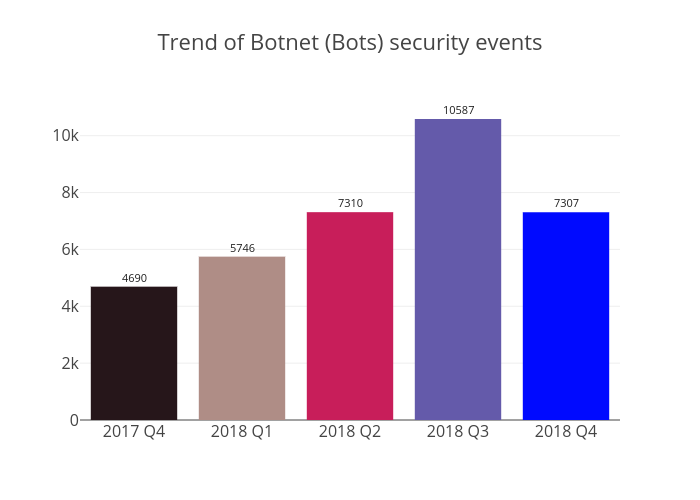 The number of Botnet (bots) in Hong Kong network decreased by 31% in 2018 Q4. Although the count of Mirai declined by 43%, it still keeps the first place in the rank of Major Botnet Families in Hong Kong Networks. There is a note that Ramnit has increased by 123%, with the number of unique IP address rose to 113 in 2018 Q4.

Mirai botnet became active at the end of 2016. Following our cleanup operation, we saw signicantly growth trend start from 2017 Q3 and hit the highest point at 7,205 in 2018 Q3. In 2018 Q4, despite the number of Mirai sharply dropped to 4,120, based on our record of the ports being scanned by infected IP addresses in each quarter, we see a rapidly surge for ports 23 (19,627 in 2018 Q4 compared to 3,242 in 2018 Q3) and port 2323 (2,876 in 2018 Q4 compared to 962 in 2018 Q3). Besides, Port 5555 (the default port used by Android Debug Bridge for development purpose) is still the most popular port being scanned, which reflected attackers were actively finding vulnerability to trigger attacks. HKCERT will keep monitoring the trend and continue botnet cleanup activities.