HKCERT is pleased to bring to you the "Hong Kong Security Watch Report" for the fourth quarter of 2014.

In 2014 Q4, there were 12,437 unique security events related to Hong Kong used for analysis in this report. The information is collected with IFAS from 19 sources of information. They are not from the incident reports received by HKCERT. 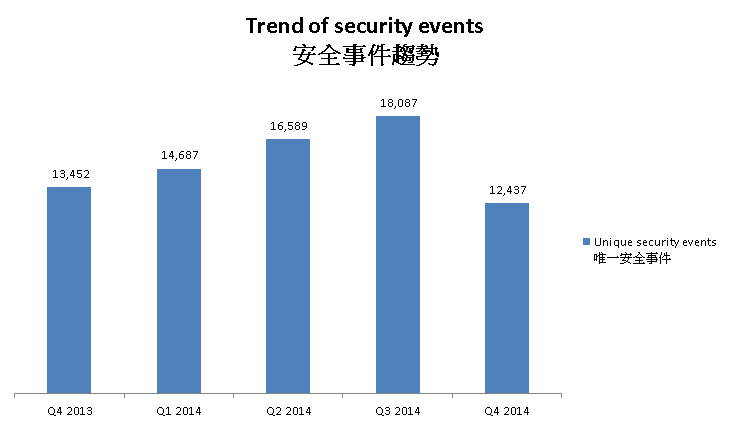 The total number of security events in Q4 2014 dramatically decreased. It was the first decrease since Q3 2014. 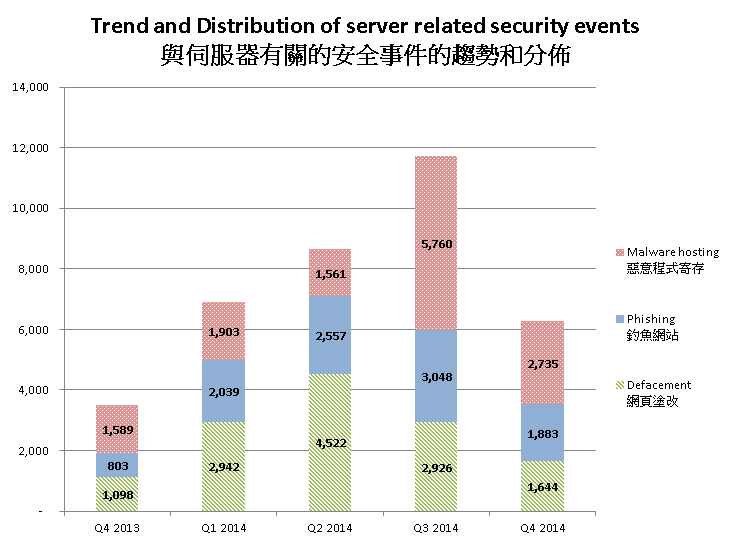 The number of server related security events significantly decreased by 47% in Q4 2014.

In this quarter, the number of defacement events, phishing events and malware hosting events decreased by 44%, 38% and 54% respectively.

Though the number of total phishing events decreased, the number of phishing sites with top level domain .tk increased a lot. The number of related events increased 272% to 160 events. Among which, most of them are targeting taobao.com or alipay.com.

.tk was intended to be used by Tokelau, a territory of New Zealand. However, since the domain is available to individuals and small businesses free of charge, it was actually used by people all over the world. This domain is infamous of being abused for unwanted behaviours such as phishing and spam. According to a report of Anti-Phishing Working Group (APWG) , .tk contributed for 22% of all malicious domain registrations in the second half of 2013. Internet users should pay more attentions to this top level domain.

.pw was originally delegated to the Pacific island nation of Palau in 1997. But later it was redelegated. Similar to .tk, now the .pw domain is open to the public, known as the Professional Web. .pw was infamous for a source of spam mail . However, we discovered that its use in malware hosting is increasing. 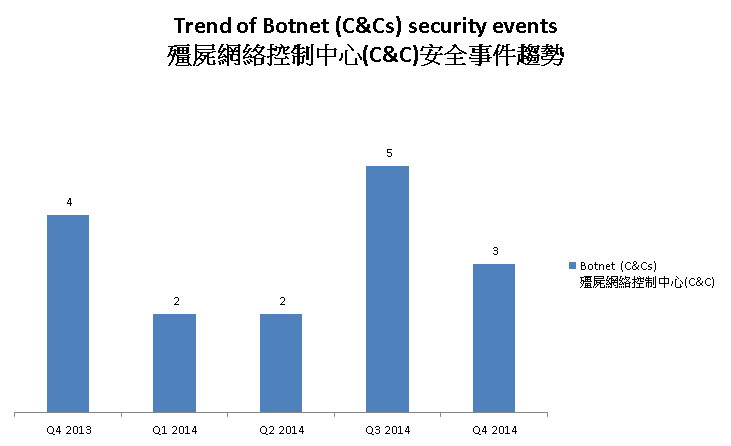 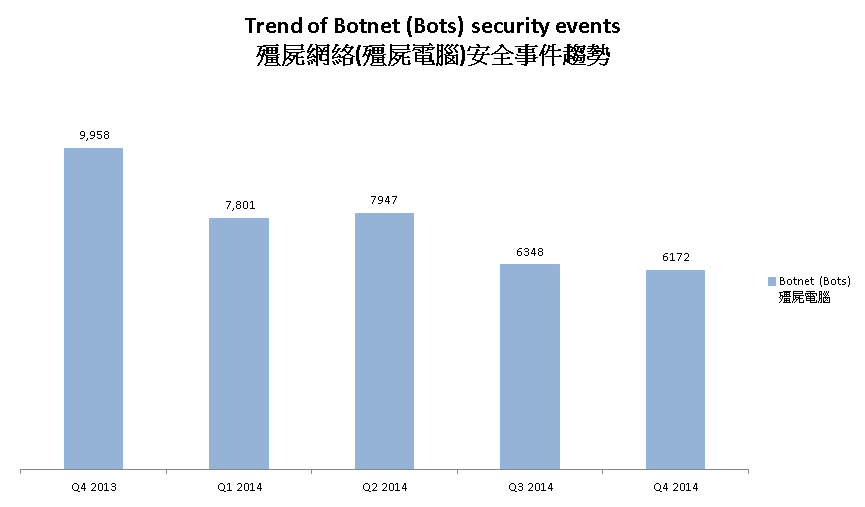 Number of Botnet (bots) on Hong Kong network decreased in this quarter.

The top three botnets, Conficker, Zeus and ZeroAccess continued their dropping trends. The number of ZeroAccess events dropped to below 1000 for the first time, which matched our previous prediction.

On the other hand, Virut, Pushdo and bankpatch botnets recorded a significant increase this quarter. Pushdo has been one of the largest botnet on the planet for a long time. It used to be the forth botnet in Hong Kong but the number of Pushdo events dropped dramatically this year, reaching a record low in the previous quarter. However, researchers discovered a new version of Pushdo in late September. Though very little, if any, improvement or new functionality could be found, it may be a framework for further improvements. This reflected the malware authors were putting new efforts on the malware. It may explain the sudden increase of the number.

5 The number botnet(bots) security events in Q4 2013 was adjusted due to the update of numbers of the Zeus botnet.