HKCERT is pleased to bring to you the "Hong Kong Security Watch Report" for the fourth quarter of 2017.

In 2017 Q4, there were 7,735 unique security events related to Hong Kong used for analysis in this report. The information is collected with IFAS1 from 19 sources of information2. They are not from the incident reports received by HKCERT. 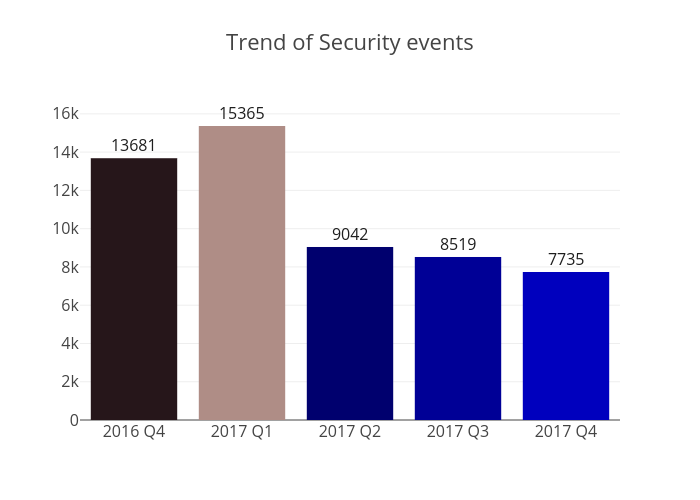 The total number of security events in 2017 Q4 dropped by 10% or 784 events compared to the previous quarter. The decrease was mostly contributed by the decrease in both phishing and botnet events. In 2017 Q1, we had 15,365 events. It dropped significantly in Q2 by 41% and continued to decrease steadily in Q3 and Q4. 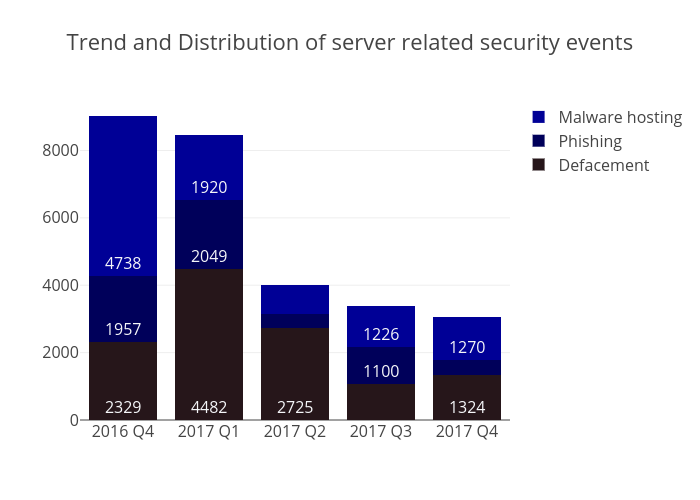 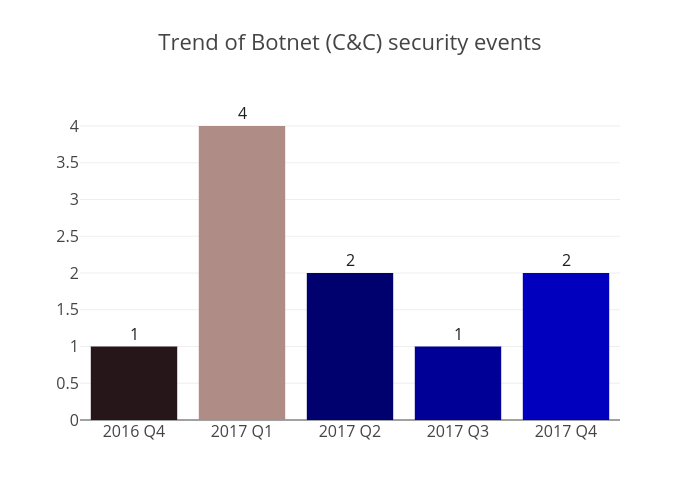 Only 1 IRC botnet Command and Control (C&C) server was identified in this quarter. 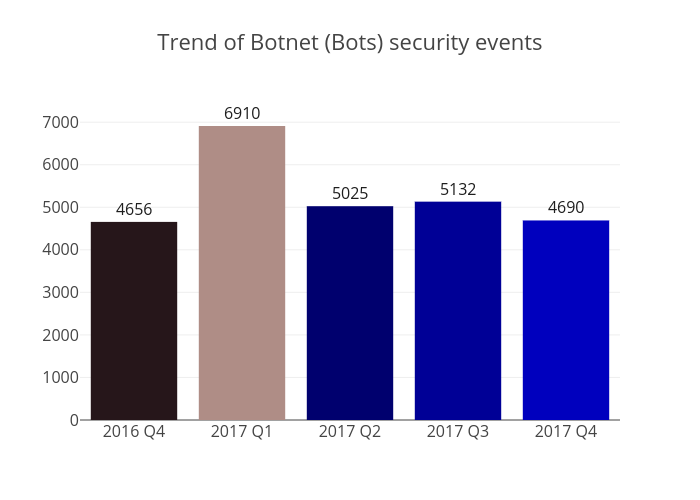 Although the number of Botnet (bots) on Hong Kong network decreased by 9% in Q4 2017, the count of WannaCry family remains steady, slightly increase by 2%. WannaCry ransomware outbreak occurred in May 2017. The WannaCry-bots are machines infected by WannaCry ransomware with the encryption mechanism not activated. HKCERT had handled 1,210 cases for WannaCry-bot in 2017 to try to clean up these machines infected by malware.

Mirai botnet became active in end 2016. Global security organizations started to clean up in 2017 Q1. The number of events dropped sharply from 2,493 in Q1 to 746 in Q2 and steadily decreased in Q3 and Q4. HKCERT had handled 151 cases about Mirai botnet to eliminate its effect.

The drops of the families Ghost push and Pushdo were large, with 76% and 62% respectively. (P.17 of the report)