HKCERT is pleased to bring to you the "Hong Kong Security Watch Report" for the first quarter of 2018.

In 2018 Q1, there were 7,855 unique security events related to Hong Kong used for analysis in this report. The information is collected with IFAS1 from 19 sources of information2. They are not from the incident reports received by HKCERT. 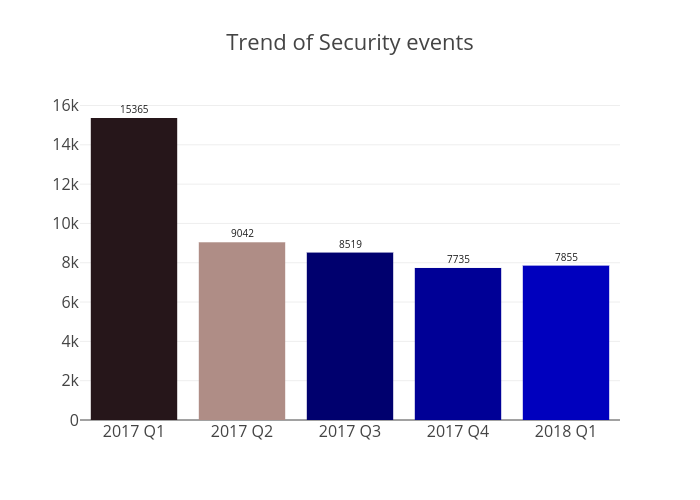 The total number of security events in 2018 Q1 increased by 1.5% or 120 events compared to the previous quarter. The decreases in Malware hosting and Defacement events were compensated by the increase of Botnet events. Even though the number of events was increased slightly, the trend of security events is stable in the last half year. The number of server related security events decreased from 3,043 to 2,107 (decreased by 31%) in this quarter. Though the overall count decreased, the number of Phishing was actually increased by 41%. If comparing with all quarters in 2017, the number of events is in decreasing trend, with the number of defacement events drops significantly during the year. 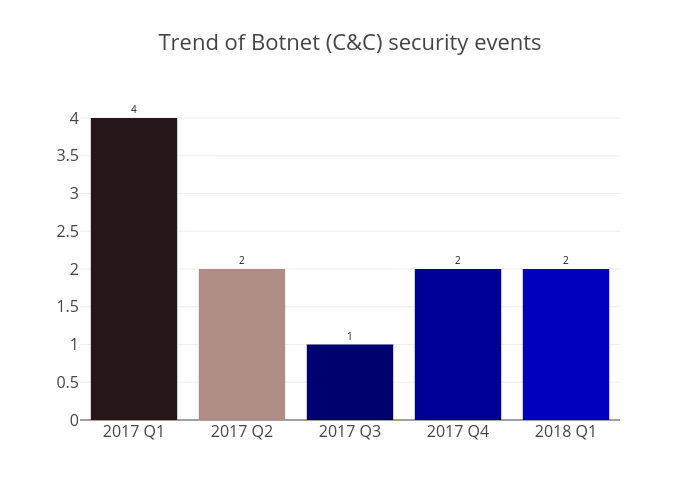 The number of botnet Command and Control Servers remained unchange in 2 in this quarter. Both of them were identified as an IRC bot C&C server.

The number of Botnet (bots) in Hong Kong network increased by 23% in 2018 Q1. Mirai contributed to the increase of total count of Botnets by 275% and thus, this family takes the first place in the rank of Major Botnet Families in Hong Kong Networks. On the other hand, the count of WannaCry family is decreased by 25%, and thus, this family becomes the second in the rank. There is a note that Virut has increased by 6120%, with the number of unique IP address increased from 5 in 2017 Q4 to 311 in 2018 Q1.

Mirai botnet became active at the end of 2016. Global security organizations started to clean up in 2017 Q1. The number of events dropped sharply from 2,493 in Q1 to 746 in Q2 and steadily decreased in Q3 and Q4. That means Mirai botnet is on a decrease trend. But we note that since the end of 2017, there is an increase of Mirai events. We regularly saw reports on Mirai variants or recent attacks, but cannot confirm the increase is related to these variants and attacks. HKCERT will keep monitoring on the trend and continue the cleanup.

Virut botnet became active in 2006 and in 2013, its operations were disrupted by the Polish organization Naukowa i Akademicka Sie Komputerowa. According to security researcher3, its comeback was related to a recent campaign delivering 'Avzhan DDoS bot'. The researcher found that the server used for attack was infected with Virut, which was therefore attached on Avzhan and infected the targets. (P.17 of the report)