HKCERT is pleased to bring to you the "Hong Kong Security Watch Report" for the forth quarter of 2015.

In 2015 Q4, there were 16,144 unique security events related to Hong Kong used for analysis in this report. The information is collected with IFAS1 from 19 sources of information2. They are not from the incident reports received by HKCERT. 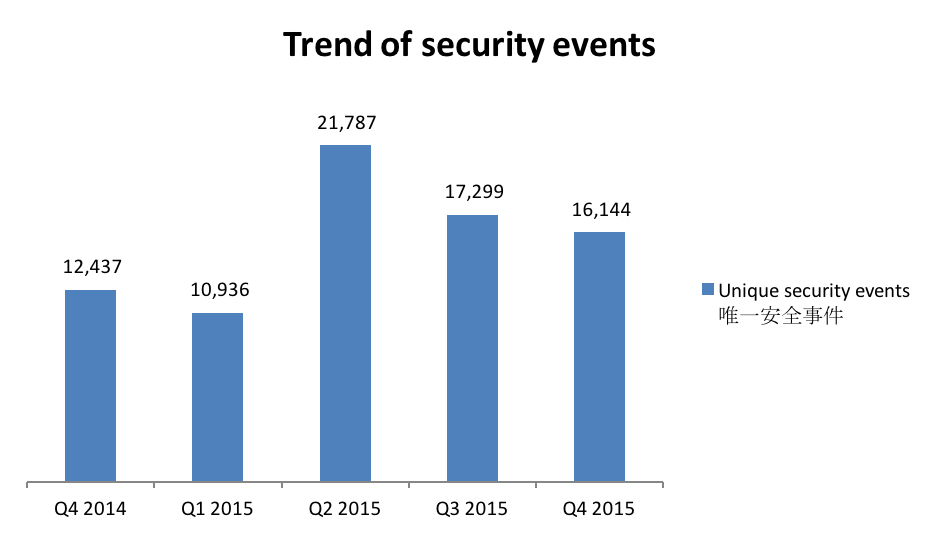 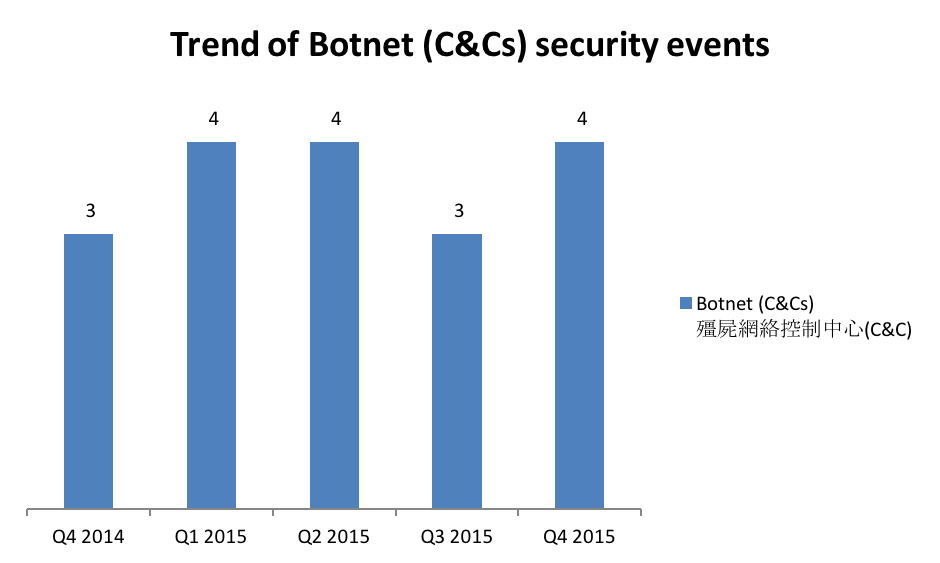 There were 4 C&C servers reported in this quarter. All were identified as IRC bot C&C servers. 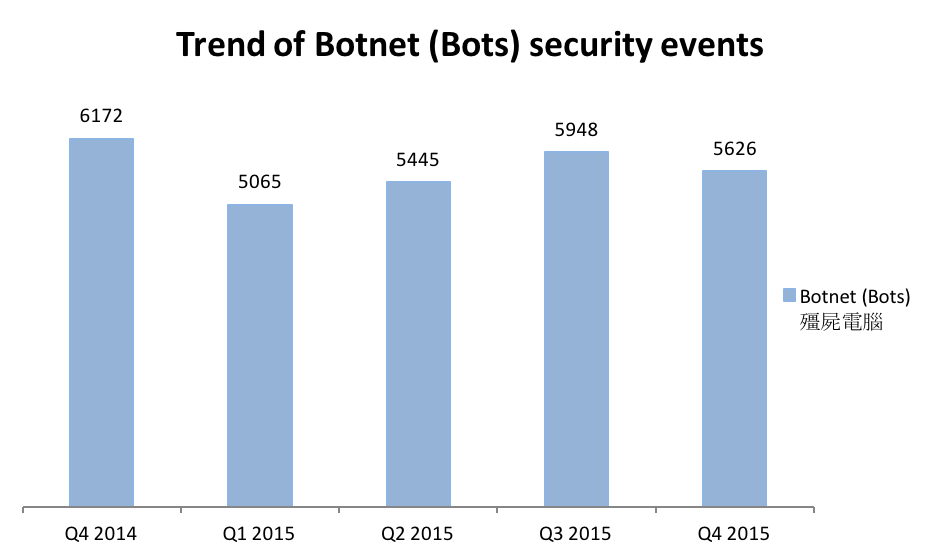 Number of Botnet (bots) on Hong Kong network was steady in last three quarters. The number of the second largest botnet last quarter, Bamital, remains high this quarter. And the eighth botnet, Bedep, which entered top 10 for the first time, got a significant increase of 162%.

In Q3 2015, the Bamital botnet entered top 10 for the first time. It appeared in the Hong Kong network in early September and its number burst in late September. Its number remains high in early October. However, it suddenly disappeared afterwards. Only a very low number of events were detected since mid October.

HKCERT hasn’t received any news about the sudden burst and drop in the number of Bamital events. We will keep monitoring this botnet.

The Bedep botnet entered top 10 for the first time. This botnet was first discovered in Hong Kong network in September 2015.

Bedep is a Trojan that performs click fraud and visits unwanted websites without the user’s knowledge. After infecting a victim, Bedep would secretly create a hidden virtual desktop that hosts the Internet Explorer COM window invisibly. The malware then can perform different malicious actions in the hidden window.

Firstly, it would generate click fraud traffic to generate revenue. The bot would secretly visit advertisements in the sites hosted by the cybercriminal. Some of the sites were even optimized for ads so that it could show as many ads as possible, in order to maximize the revenue. It also generates click fraud traffic to video clips so as to promote the popularity of them. Some video sharing sites rank videos according to the number of visits. The fraud traffic could help the target video clips to obtain higher ranking. These clips include political clips.

Secondly, it would visit websites serving exploit kits, which could possibly infect the victim computer with even more malwares.
Bedep spreads through malvertising with exploit kits.