HKCERT is pleased to bring to you the First "Hong Kong Security Watch Report". After this official launch, we will continue to publish this report on a quarterly basis.

Nowadays, a lot of “invisible” compromised computers are controlled by attackers with the owner being unaware. The data on these computers may be mined and exposed everyday and the computers may be utilized in different kinds of abuse and criminal activities.

In this period, there were 12,536 unique security events related to Hong Kong used for analysis in this report. The information is collected with IFAS1 from 19 sources of information2. They are not from the incident reports received by HKCERT. 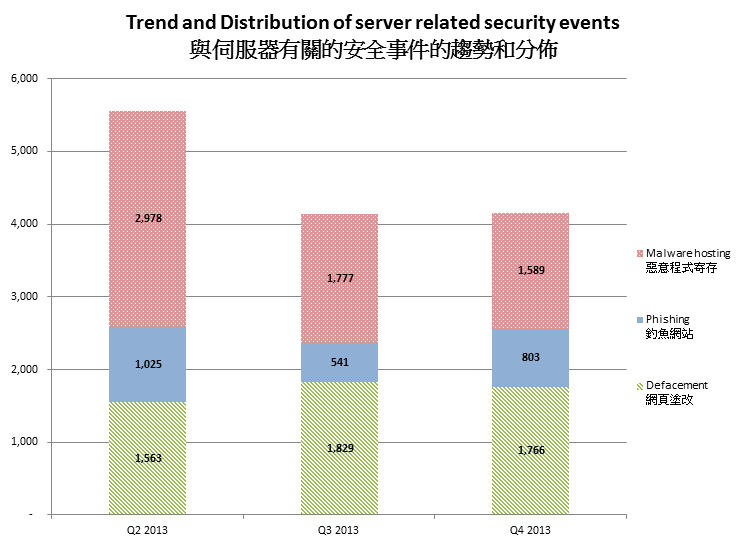 The number of server related security events has been dropped since Q3 2013, and kept steady thru Q4 2013. 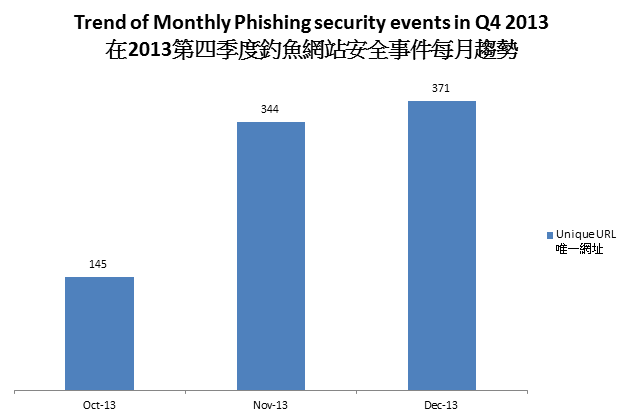 From HKCERT’s experience in handling server related incidents, in about 50% of the reports, the server or application owners did not have good web application or server management. That opened opportunity for cybercriminals to take advantage of, resulting in their servers becoming launchpads of cyber crimes. 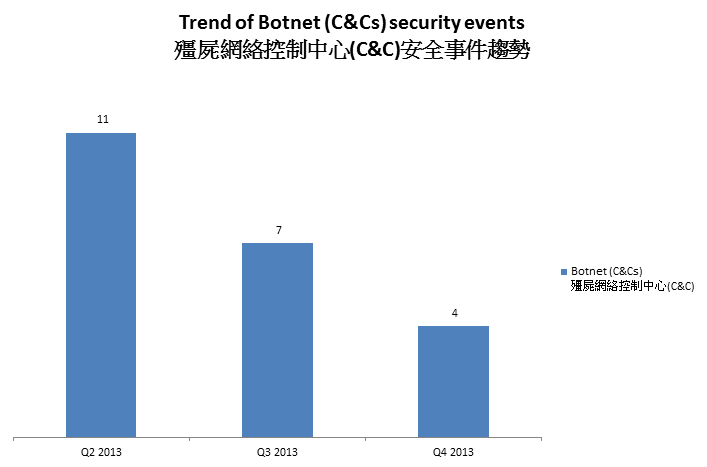 Number of botnet Command and Control Servers was decreasing across the three quarters.

There were 4 C&C servers reported in this quarter. Two of the reported servers were identified as Zeus C&C servers, while 2 others were IRC bot C&C servers. 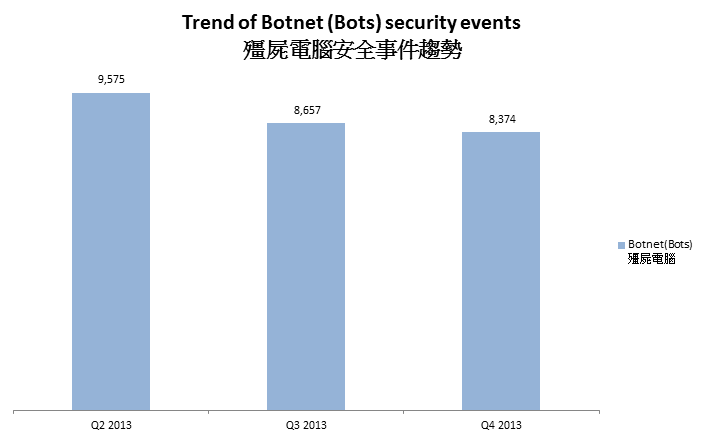 Number of Botnet (bots) on Hong Kong network was decreasing across 3 quarters.

In Q4 2013, Conficker continues to be the largest botnet. The maximum number of Conficker machines online on a day in Q4 2013 was 3,175.It has to be noted that Conficker has been around since 2008 and it keeps a high infection rate till now. Some of the reasons are that users are using an unpatched or an unlicensed Windows system that has no security update, and without a working copy of security software. Other studies revealed that the biggest attack vector is credential based attack, then exploit of system vulnerability and autorun3 . According to the Security Intelligence Report (SIR), credential based attacks accounted for 54% to 89%; exploit of system vulnerability accounted for 19% to 43%, and attack via autorun accounted for 1% to 11%. Conficker is designed with a small dictionary to perform bruteforce attack to crack the admin password to propagate on the network.

3 According to Microsoft Security Intelligence Report (SIR), Volume 12, published on December 2011, credential-based attack account for 54% to 89% while exploit system vulnerability account for 19% to 43%, and attack via auto-run account for 1%-11%. (http://www.microsoft.com/security/sir/archive/default.aspx)

4 How to disable the Autorun functionality in Windows, Microsoft, Knowledge Base http://support.microsoft.com/kb/967715