HKCERT is pleased to bring to you the "Hong Kong Security Watch Report" for the second quarter of 2017.

In 2017 Q2, there were 9,042 unique security events related to Hong Kong used for analysis in this report. The information is collected with IFAS1 from 19 sources of information2. They are not from the incident reports received by HKCERT. 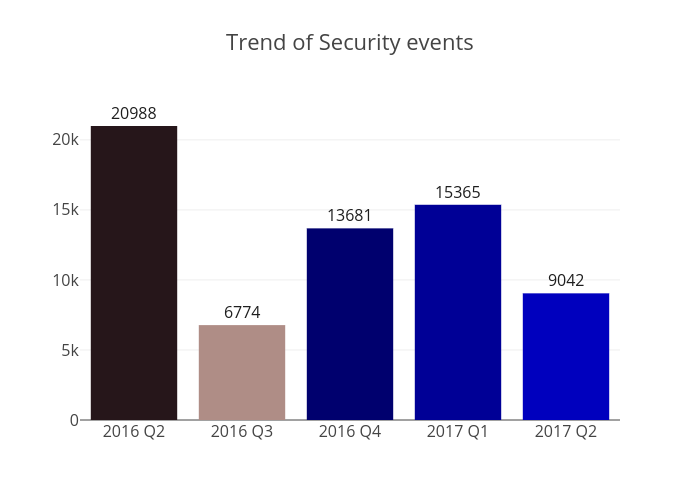 The total number of security events in 2017 Q2 dropped by 41% or 6323 events. The decrease was due to a rather big drop in the counts of server related security events and botnet infection. 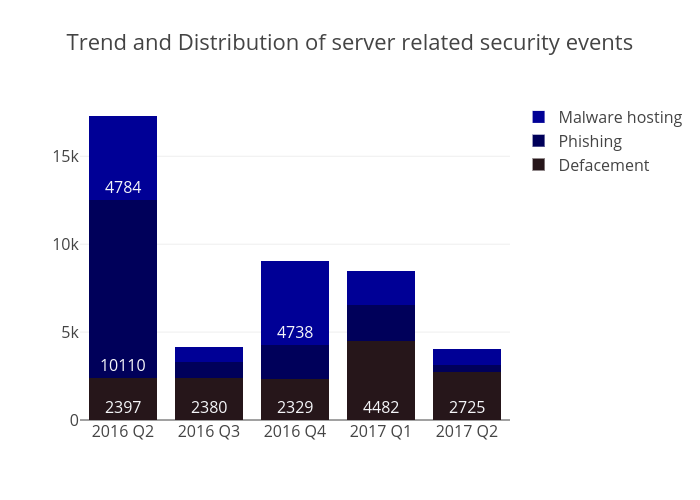 Given the considerable reduction in the defacement events, the relatively low URL/IP ratio, however, reflected a fact that there were actually quite many servers compromised in the reporting period (refer to P.11 Figure 6). The same applied to the phishing events (refer to P.13 Figure 8). 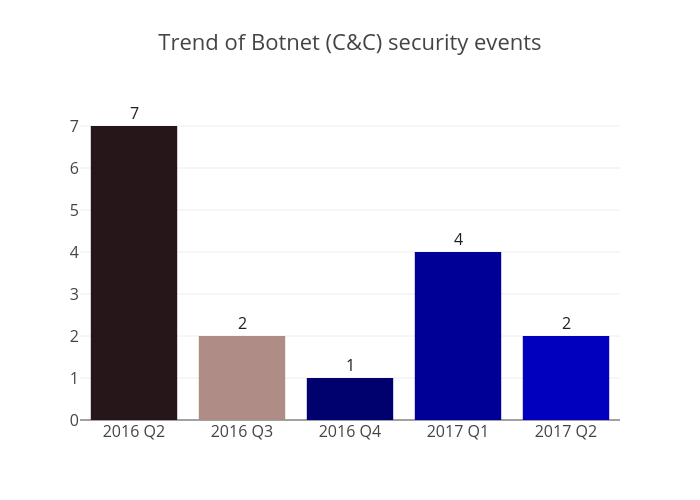 The number of botnet Command and Control Servers dropped by half to 2 in this quarter. Both were identified as IRC bot C&C servers. 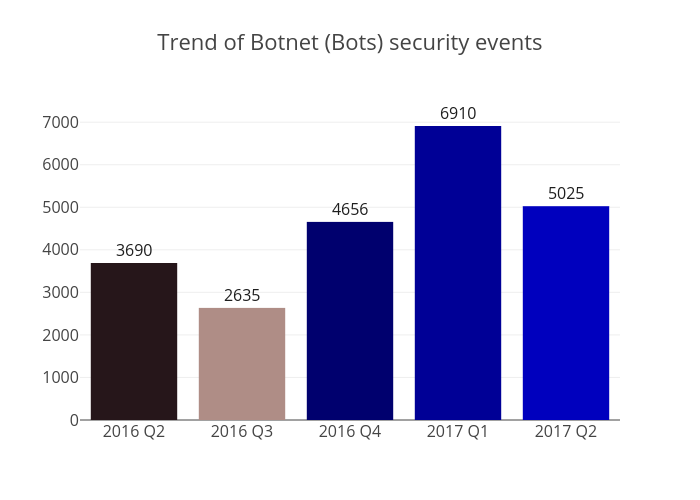 Number of Botnet (bots) on Hong Kong network decreased by 27% in Q2 this year.
Rank 1 was the infamous WannaCry ransomware. With a global outbreak on 12 May, it recorded a maximum connection count of 1566 unique IP addresses and a malware named Ghost Push, discovered in 2014, also made its way into HK's major botnet families in this quarter.

Ransomware is a type of malware which will encrypt a victim's files and demand a ransom in order to recover the files.
The 'WannaCry' variant possesses a worm's characteristic and is the first ransomware which can spread across home or office networks to infect much more devices by exploiting Microsoft Windows SMB vulnerabilities (EternalBlue and DoublePulsar). It scans for open TCP ports 139 and 445 on unpatched hosts and once detected, starts the nasty work to encrypt the files and propagate itself within the network.

Ghost Push is a Android malware family discovered in 2014. Android devices get infected when a user installs a malicious app, mostly not from Google Play. Once installed, it tries to root the device and download other malicious apps. In December 2016, a mobile malware called "Gooligan" which targeted Google services was exactly a variant of Ghost Push.