The objective of the study is trying to identify vulnerability in the implementation of SSL (Secure Sockets Layer) in commonly-used mobile apps in Hong Kong; and raise the awareness of the public, apps owners and developers on the SSL issue of mobile apps.

The testing environment simulates MITM attack between mobile client and the server through a proxy. See the below figure.

During the test, each app is rated according to the following grading scheme. The following is the statistic result after the test. 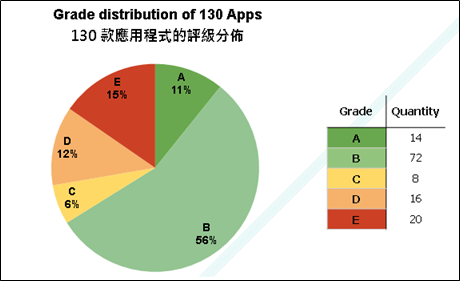 For the detail, please refer to "Transaction Security of Mobile Apps in Hong Kong" Study Report