QR code, first used by car manufacturers to trace parts, is now widely applied across different sectors. Not long along, we introduced some basic information and common applications of QR code, as well as their related security threats and advices. In this blog, we would discuss the security risks and recommendations of two use cases, user authentication and data storage, to provide reference for enterprises when using QR code for business operation and system development.

Quick Response Code Login (QRL) is a technology that uses QR codes to authenticate users. Users only need to scan the QR codes displayed on the web applications to log in, instead of entering the usernames and passwords. The simple steps are as follows:

Quick Response Code Login Jacking (QRLJacking) is an attack that targets QRL. The user scans the QR code provided by the hacker instead of the service provider, enabling the hacker to gain control of the user account. 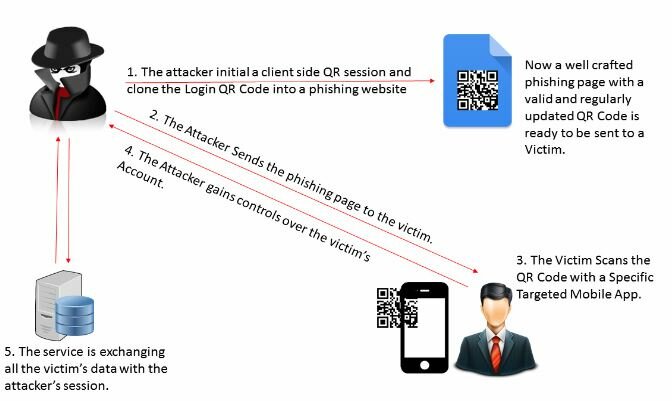 QRLJacking can be divided into 5 simple steps:

Given the large storage capability of QR codes and the popular use of mobile devices, merchants would like to use QR codes for promotions and interactions with consumers. For example, they would store their websites, product information, contacts or even company addresses in QR codes for better promotion. Other real-life applications include the use of QR codes in catering industry for self-service ordering, and retail industry for membership rewards programs.

"Quishing" is QR code used in phishing email. When a user scans the QR code, he/she will then access the phishing website. A US cyber security firm, Abnormal Security conducted a phishing attack drill with its partner in September 2021 in which a .WAV file attached in a phishing email was sent. If the user opens the file, he/she will be re-directed to the phishing website. The attachment was successfully detected and deemed as a threat by the partner. A month later, the drill was repeated but this time the phishing email only had QR codes, which successfully bypassed the security measures of the partner. Since a QR code is an image, current security measures may not be able to detect it as a threat. "Quishing" may therefore become a new normal in the future.

On December 9, 2021, Cofense published a report that two German banks (Sparkasse and Volksbanken Raiffeisenbanken) have been used for "quishing". Hackers pretended to be the banks and claimed that new security measures are being put in place, which require the users to scan the QR codes to examine their bank accounts. However, the QR codes were actually linked to phishing websites requesting for bank account information.

In October 2021, a diner at a local sushi restaurant uploaded the order QR code to the social media platform. Netizens took advantage to order food in a frenzy, resulting in unnecessary losses.

NFT Boom, How to Protect Your NFT Assets 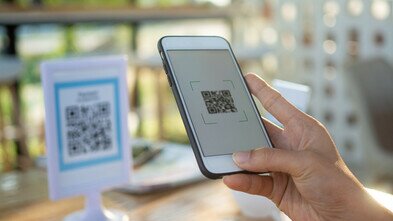 Secure Use of QR Code